Distinguished Scholars of America [DSA] is a relatively new Admiral Carey Foundation [AJJCF] program. AJJCF has a long and highly rewarding relationship with the Washington Scholars Fellowship Programs [WS], where AJJCF has been a significant donor, sponsor, supporter, mentor, and participant in numerous WS programs and projects since AJJCF’s founding. And it is the foundation’s intent to continue to be a major supporter of the Washington Scholars, as we are exceptionally pleased with the continued success of this program and the achievements and accomplishments that have resulted from WS training and education as they continue to excel in “Training Tomorrow’s National Leaders Today”.

However, in recent years, AJJCF has developed several new and expanded programs that do not always fit the Washington Scholars mold or systemics or logistics, and the foundation has found a distinct need to have a separate program and a broader flexibility in which to house these new and different activities. It is through this new and evolving and developing need that Distinguished Scholars of America has been formed and is now an official program of the Admiral Carey Foundation. The first four selections for the designation of “Distinguished Scholar of America” [DSA] are listed below in the categories in which they have distinguished themselves by their exceptional performance:

AJJCF expects this new program to grow rapidly and aggressively with the addition of new DSA’s as other best and brightest scholars and professionals prove themselves to stand head and shoulders above their peers as true “Distinguished Scholars of America”. 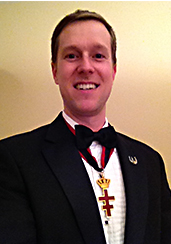